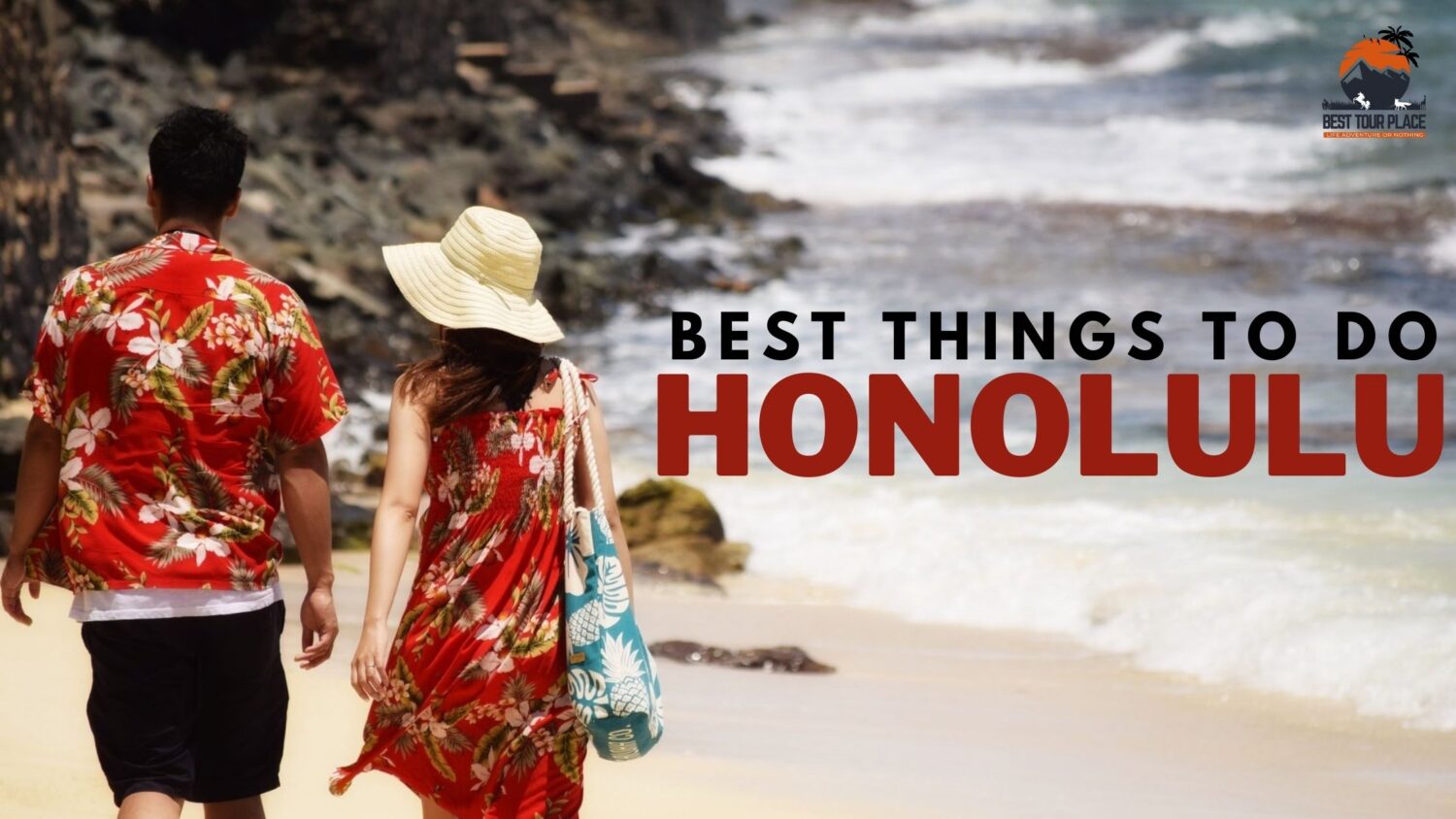 Hawaii is one of the most popular tourist destinations in the world, with its blue sky, white dunes, and pink umbrella beverages. It welcomes about 10 million tourists each year, with many of them heading directly for Honolulu, the state capital. Honolulu is arguably best known for its sun-drenched beaches and high-rise hotels. While this portrayal is fair, the city is more than its glossy tourist attractions. It boasts a diverse cultural and historical heritage, and some of its sites are truly unique. They can’t be found anywhere else on the earth. Are you planning a fantasy holiday in Honolulu? Do you want to see the coolest stuff while you’re there? Here are the best things to do in Honolulu (Hawaii).

Best Things To Do In Honolulu (Hawaii)

Hawaii was formerly a monarchy, which is a little-known fact. It was known as “The Kingdom of Hawaii” and was controlled by kings and queens until a coup d’etat in the late 1800s overthrew it. Soon after, it was annexed by the United States.
One of the final vestiges of Hawaii’s traditional way of life is Lolani Palace. It’s a massive structure in downtown Honolulu that spans several acres and houses everything from opulent royal rooms to plush-carpeted political offices.
Visitors can take tours, listen to audio recordings, and view historic displays of long-lost royalty’s clothing, fittings, furniture, and relics. Iolani Palace is one of the top spots to see in Honolulu if you’re interested in history. It is not only a valuable resource for learning about Hawaii’s culture, but it is also one of the country’s most distinctive monuments. It is one of the best things to do in Honolulu (Hawaii).

The second thing in the list of the best things to do in Honolulu (Hawaii) is visiting Dolphin Quest Oahu. “Swimming with dolphins” is on a million people’s bucket lists, but Dolphin Quest Oahu makes it a slippery, rubbery reality.
Dolphin Quest Oahu, offered by the Kahala Hotel and Resort, comes in a variety of packages.

Wading in the dolphin pool and taking memento shots are the most basic “encounters.” Feeding, caressing, and socialising with the dolphins are included in the more advanced packages, and after everyone is familiar, you may snorkel underwater with the dolphins swimming all around you. It’s simple to understand why Dolphin Quest Oahu is considered one of Hawaii’s greatest attractions. It’s a must-see for animal lovers, but it’s also a once-in-a-lifetime event for all visitors.

You’ve definitely heard of Waikiki, but you’ll be astonished to find that it’s not a Hawaiian city. It’s a Honolulu neighbourhood. Waikiki is so well-known that many people fantasise of visiting it more than any other part of the island. What is it about Waikiki that makes it so unique?

It’s a lively tourist attraction with a diverse range of stores, cafés, restaurants, resorts, theatres, and museums, to name a few. Its beaches are dominated by high-rise structures, and bright storefronts sell souvenirs and surfboards. When you think of quitting your work and going to a tropical paradise, this is precisely what you imagine. Waikiki also offers a variety of entertaining activities. And you can enjoy the best things to do in Honolulu (Hawaii)

You may go to the beach, take a lei-making class, browse at outdoor markets, or have a picnic under the stars while watching a fireworks display over the bay. If you visit Waikiki in the spring, you may take part in festivities such as the Honolulu Festival.

For the food lovers out there, this is one of the best things to do in Honolulu (Hawaii). It’s a little shop with a candy-striped awning that gives it a retro vibe, and it’s buried between a few other shops in a less-than-stellar Honolulu neighbourhood. When you take a deep breath, though, you’ll understand why Leonard’s Bakery is such a popular hangout location in the neighbourhood.

It’s one of the greatest spots in Honolulu to obtain malasadas, which are fried doughnuts with no holes that are dusted with powdered sugar. In Hawaii, malasadas are a cultural icon. They are devoured by everybody. Everybody has a favourite filling or flavour. If you want to experience Hawaii like a local, you’ll have to eat some malasadas and get sugar all over your face. If you’re seeking for non-touristy things to do in Honolulu, swing by Leonard’s Bakery. You’ll have to eat like a local if you want to appreciate the island like a local!

Downtown Honolulu is bustling with activity. It’s known as Hawaii’s beating heart, and it’s a dynamic, buzzing town with everything from luxury resorts to inexpensive food trucks. On the sidewalk, people of different ages, genders, countries, and socioeconomic classes mix. Oahu is a genuine melting pot of cultures.

The type of excursion you want to take in Honolulu’s downtown district will determine your experience: – If you want to vacation in elegance, get a suite at the Hilton Hawaiian Village, where you can swim laps in infinity pools in between spa treatments and golf games. You’ll have to eat like a local if you want to appreciate the island like a local!

Downtown Honolulu has something for everyone, making it a must-see on your Honolulu visit. While wandering across the city, don’t forget to stop downtown.

The Honolulu Zoo is home to over 900 different types of unusual and exotic animals. It’s a location where the whole family can get up up and personal with nature’s wildlife, from deadly tree frogs to massive lions. There are plenty of other fun things to do in the Honolulu Zoo.

There are camps for every season, as well as special holiday activities. After the zoo closes, “Twilight Tours” are provided, and the “Snooze at the Zoo” programme allows you to spend the night at the zoo and wake up to a cooked breakfast the next morning. This is one of the best things to do in Honolulu (Hawaii).

If you’re looking for things to do in Honolulu, here are some of the city’s most popular attractions. There are many, many more, so don’t limit yourself to the ideas presented here. Your Hawaiian holiday may be tailored to your preferences.

Best Things To Do in Maui Honeymoon

Best Things To Do In California

Best Things To Do In San Luis Obispo (California)