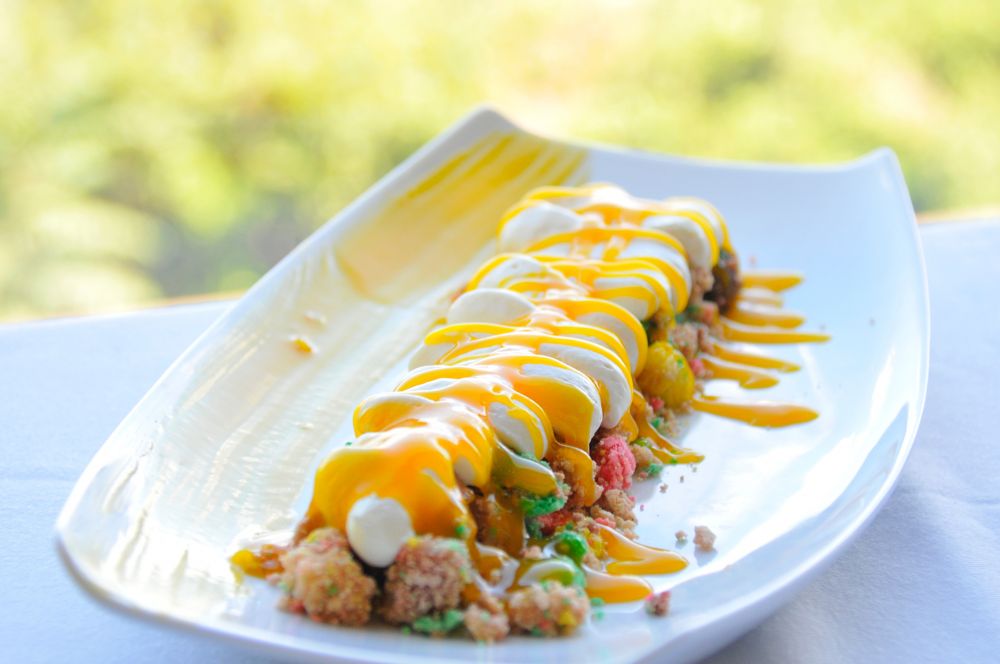 For a long time, Israel is known for its enviable food culture. However, it is Middle Eastern in terms of nature but the reason it is somewhat different from other cuisines is that it is having a huge number of international influences.

Many people from all across the world visited here and made the country their home. This is why you will be getting the western touch into their recipes.

On the other hand, Israeli foods are the perfect presentation of the country’s food culture as it has a wide range of delicacies just waiting to be tasted. So in this article,

You need to take a look at the best Israeli foods that you should never ignore.

Falafel is the national dish of Israel and if you are one who is a big fan of all these famous chickpea fritters then you will be never returning hungry. The dish is widely eaten all over the Middle East as well as in many Arab nations.

Additionally, the main origin of this dish is still a mystery and different countries claim that the dish is invented by them, however, the records state that Falafel first came into existence in Egypt.

Wherever Falafel comes from, it is reputedly known as Israeli cuisine and it is considered as the daily staple for many people. If you have it as street food, falafel is mostly stuffed in the form of a pitta bread that is filled with plenty of hummus, pickles, salad as well as tahini sauce along with fresh tomatoes and fried aubergine that add more flavor to it.

If you are one who is visiting Israel for the very first time then you need to eat Falafel because it is worth trying.

Second best Israeli food and the most common dish that you need to try Shakshouka. The dish is commonly preferred by the local people as breakfast as well as dinner.

Not only this but also it is considered as the popular street food. The prime ingredients of Shakshouka are tomatoes as well as eggs. Using both these ingredients as a base, you will be adding more ingredients that suit the specific quirks of your own taste buds.

Apart from this, many people also add onions as well as peppers, however, you can also find feta cheese, spinach, herbs, and many other ingredients available in restaurants to add to this mixture.

Shakshouka has two different versions and each of them has its own devout followers. Many people claim that the egg yolks should stay in their real state like in a sunny side up fried egg.

On the other hand, others say that the egg yolks should be mixed with the egg white similar to the omelet. We would recommend you to try both of these versions and decide which one is your favorite.

Like any other cuisines, Israelis love to have shakshouka that is stuffed inside pita bread. This is the reason, you can find it tasty in many street food places.

Unlike many other dishes that are related to Israel that originated in other Middle Eastern cultures or in Europe, Jerusalem Mix was one such dish that was created in a Jerusalem steakhouse in Israel.

This delicious dish is made of chicken offal such as spleen, liver, heart, chicken breast, and beef mixed together with herbs like cumin, turmeric, and onion.

The meat pieces are first roasted or fried over the fir which results in a tempting aroma that is difficult ignore as they waft from the restaurants or street food places that serve Jerusalem mix.

This dish is basically served in the form of the main dish at lunch along with fries, houmous as well as an Israeli salad.

On the other hand, at the street food stands, Jerusalem Mix is normally served hot inside a pita bread spread with tahini houmous along with pickles, vegetables as well as fries. You can also recommend to the chef how much spicy you want yours from mild to extra hot.

A plate of houmous is one of the best Israeli dishes. Israelis can have heated discussions as to which is the best houmous restaurant in the country with everyone passionately defending their favorite one.

This dish is made with chickpeas that are grounded with different textures as well as thicknesses as per the taste. This is the best Israeli dish and also the iconic one.

In the traditional houmous, it is usually served as a main course dish accompanied with a boiled egg, few drops of olive oil, chickpeas, broad beans, herbs, etc.

Middle East people have it as an appetizer along with a few plates of different salads both mild and spicy. It should be wiped from the plate with laffa or pita and these days many people are developing their own wiping style.

Another best Israeli dish is schnitzel that is made of thin slices of chicken breast that is coated with egg as well as breadcrumbs.

This coating also comes with a wide range of colors as well as tastes including being heavily spiced or lightly spiced and many restaurants have their own unique style of cooking their Schnitzel.

It is normally served as a main course dish for both lunches as well as dinner along with rice, fries, and pasta. On the other hand, street food stands serve Schnitzel inside pita bread as one of their most famous dishes.

Normally it comes with tahini, houmous, salad, fries as well as pickles. But we would suggest you have it thinner as the thinner, the tastier it is. Even if you are one who doesn’t have meat, you can also have vegetarian schnitzel in many fast-food restaurants.

You can even get them in supermarkets for eating at home. Vegetarian schnitzel is popularly made with some common ingredients such as tofu, corn as well as many other plant-related sources along with pickles, fries, and salads.

Sabikh is another best Israeli dish is most likely an Israeli invention. It has a fixed set of ingredients all lying together inside pita bread. These ingredients include brown hard-boiled egg, fried aubergine, houmous as well as a salad along with some optional extras.

These optional extras include cooked potatoes, amba (hot Middle Eastern spices) and s’kug, pickles, parsley, and onion. When you will be ordering it in the restaurant, you need to make sure to say that how hot you want it as amba and s’khug can get very spicy for some taste buds.

The origin of sabikh is not yet clear. Some people say it is the name of the first person who sold it whereas others say it is the  Hebrew acronym of its main ingredients like egg, salad, and aubergine.

Pitzukhim is a very popular snack in Israel and is definitely one of the healthy and varied ones available. You can purchase them in kiosks and shops known as pitzukhiya or pitzutziya.

They are sold by storing them in small paper bags. You can also buy them from supermarkets in separate or mixed packaging. Pizhukim by the name itself is the common habit of cracking them with the teeth.

You can have the kernel and spit out the shell. The most popular ones are pumpkin, sunflower, peanuts, and watermelon seeds.

This is specifically famous at football matches as well as synagogues when people crack them during the breaks.

The barbecued meat that is prepared on a charcoal grill is commonly known as ‘mangal’. It is also a popular dish in Israel.

Many people on public holidays or weekends go out to the countryside for barbecued steaks, liver, shashlik, and other parts of skewered meat with the addition of onions or tomatoes.

There are those who specialize in blowing air over the meat, whereas others know how to marinate it well in the spices to prepare for grilling. These grilled meat skewers are served in steakhouses as well as Middle Eastern restaurants with fries and rice.

The Israeli salad is the only thing that springs to mind when people discuss best Israeli dish.

The distinctive qualities of the salad are the way the vegetables are sliced very thinly and the addition of onion, lemon juice, and olive oil that gives the salad its unique flavor. Many Israelis start their day with it.

The main ingredients of the salad are cucumbers and tomatoes to which seasonal vegetables are added like radishes, peppers and carrots and other herbs.

Jakhnun is popular on weekends and its taste is warm and sweet and has a fatty texture. The dish Jakhnun with hard-boiled egg, s’khug, and tomato sauce can make you feel delighted while having breakfast.

It is made using butter, flour, and sugar all rolled into a long multi-layered pastry. Then it is left in the oven to bake slowly for 8 to 10 hours.

It is also sold at the roadside but can also be bought in supermarkets to be warmed up at home.

So these are the best Israeli foods that you need to try if you visit Israel. Which one is your favorite? Do let us know in the comments section below.

Munnar Famous Food You Must Try

Best Local Place To Eat in Kauai on Honeymoon